The British Association of Fans of Fascinating Aïda was founded in 1985 by their long-term fan, Nicholas Battle, and he has been part of the wider Fascinating Aïda family for about 34 years.  He dispatches our merchandise across the globe and fields arcane inquiries from fans as far as Papua New Guinea and Bahía Blanca (true!) with great care, kindness and courtesy.  He occasionally suggests a lyric which Dillie always rejects because she is a beast, but she secretly thinks if he’d only turned his hand to songwriting 40 years ago, he would have written some rather good songs.

He was voted Life President of BAFFA some years ago, and there has been no reason for him to leave his post since that day.  He is also OPAL (Outright Panjandrum At Large) to BAFFAMAGAFFA, British Association of Fans of Fascinating Aïda and Myriad Global Affiliations of Fascinating Formations Abroad.

Should you wish to send any mail to the trio or ask impertinent questions about the group, please contact Nicholas who keeps tabs on the group’s movements at all times.  Nick deals with all the merchandise, and also the online songbook.  Should you be interested in getting the sheet music for any of the songs, please turn to the merchandise page where you will find a list of available songs.  Occasionally, when she has nothing better to do, Dillie updates this and adds a few more.  If there’s one you particularly want, please let Nick know and he can look forward to a frustrating time not getting answers from Dillie.  But it’s worth asking because just occasionally she surprises everyone, including herself, by transcribing a song into something readable. 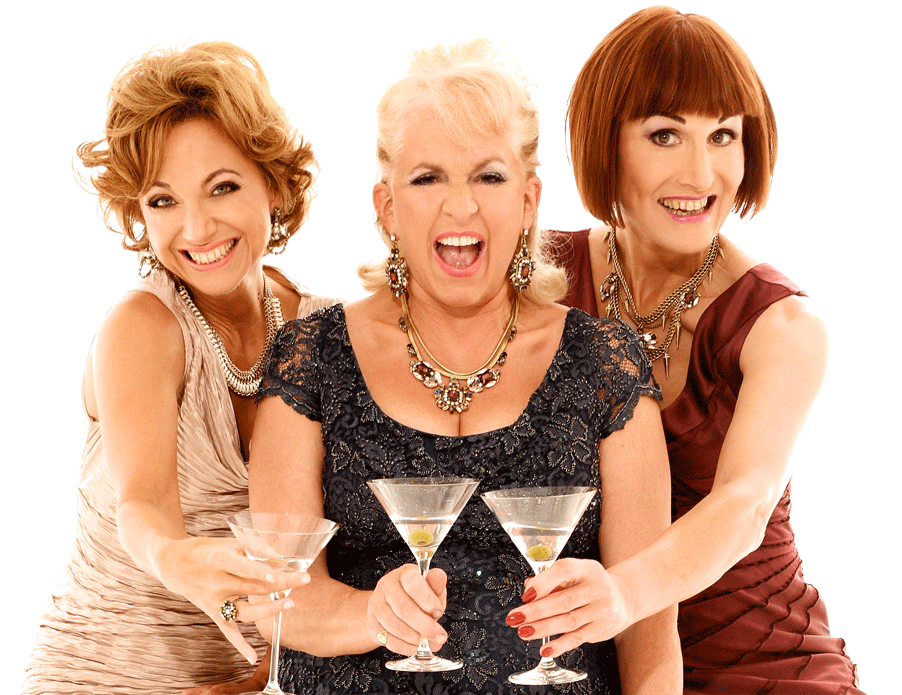 ‘Quite simply, Fascinating Aïda are the tops’
Daily Telegraph

‘Irresistible’
News of the World